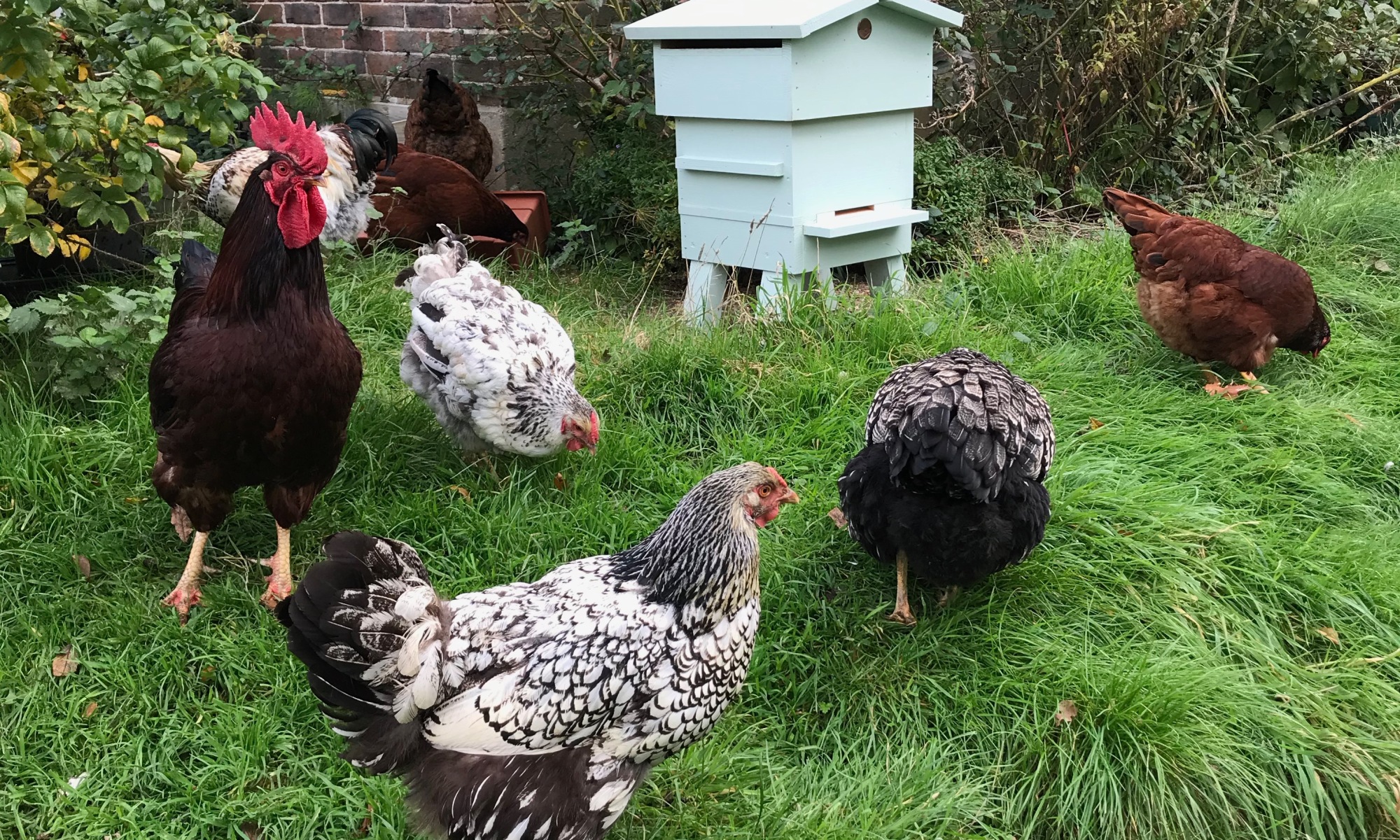 I received a top bar hive from a friend of mine who I met at the Barcombe Eco Fair; Caroline is another natural beekeeper and wanted someone with the same beekeeping ethics to have her cedar top bar, as she works mainly with Warrés. It has an inspection window (which I know are rather controversial) and as many people come to natural beekeeping having seen TBHs, I thought it would be useful to have, once courses can resume.

I also baited a Warré outside my house. This too has a window and I tried a couple of times last year to keep a colony but they were all rather small, late swarms so I was not successful. I would love to work more with Warrés and I really hope this year I get some swarms to populate these additions to my apiary.

It is still really cold – almost down to freezing – at night, and breezy and cool during the day, although when the wind drops it is very pleasant in the sun. The hawthorn is about to burst its buds, and the willow is proliferating. Dandelions are showing their faces but it still doesn’t feel like spring has properly sprung…March is always a tricky month but there has been simply no inkling of the odd day of genuinely warm weather we will usually have had by now. The bees are doing a brilliant job of gathering what is there, and all my hives are now busy when the sun gets on them.

I must point out that I did not feed any of my colonies at all, despite the nail-biting. I don’t normally have to endure any concerns over whether they have enough food but this year was quite a struggle to maintain my resolve! I’m so incredibly pleased I did though: if I had given in to temptation I would not have known what a bad winter was like (this is by far the most challenging I’ve faced, weather-wise, as a beekeeper) and in fact, the ones I thought were strong have all made it. Here are the newly-baited hives:

I also watched the bees collecting water from their submerged log: