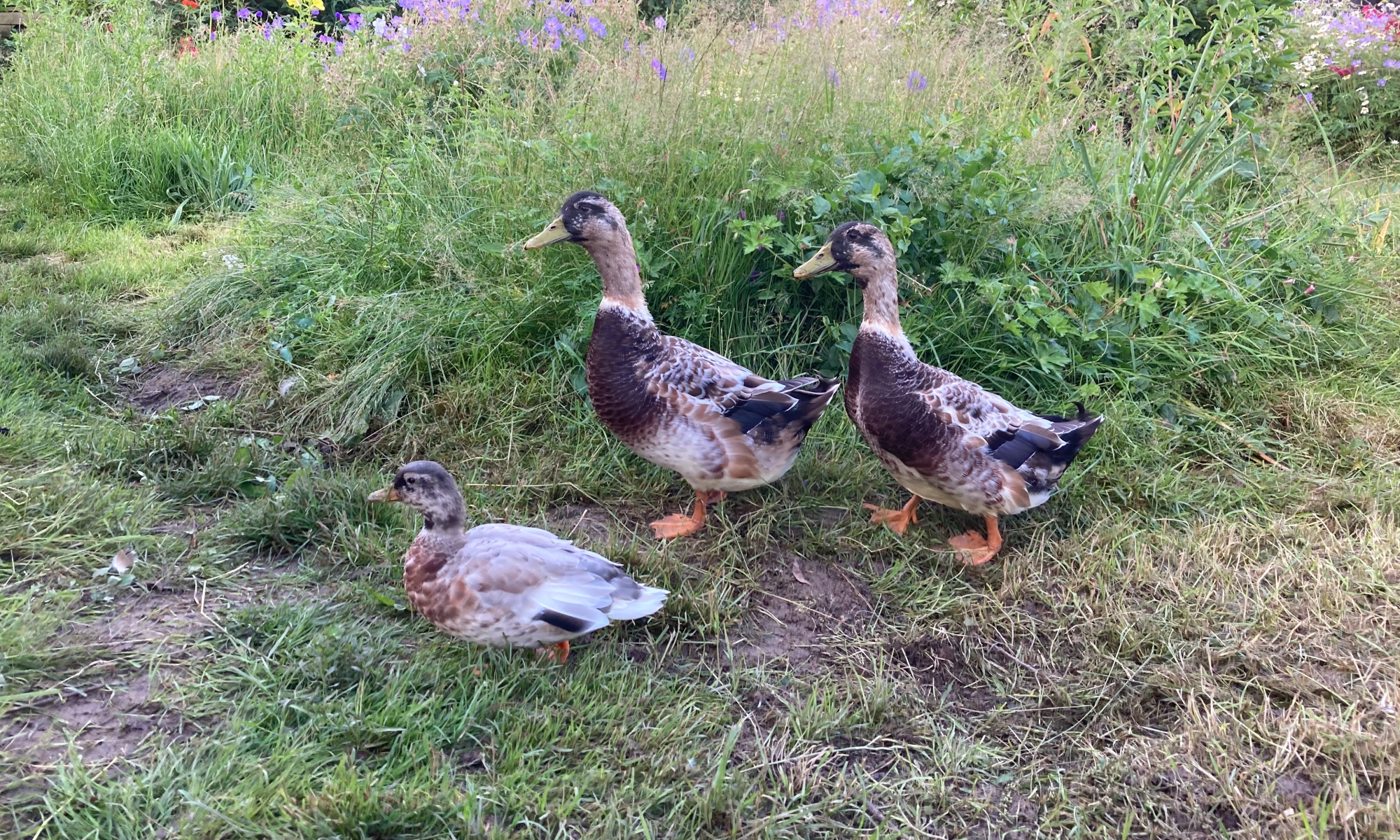 In a previous post, I wrote how I was feeling chuffed that I had managed to pick two females from a batch of unsexed ducklings. Hmm. I was using the beak colour identification which is apparently pretty failsafe…for ducklings under 3 days old. The yellow/pink beaks of the females and dark grey beaks of the males swap over after a while, so pale beaks in adult ducks are the males, and dark beaks females. The two I have were sounding like drakes, making a quiet ‘kwaahhh….kwahhh…’ rather than the usual loud ‘quack!’ and had developed the little curly feathers on their tails. They are now getting their bottle green heads, so – yes – I have two males. Yay.

Three males if you count John, who still seems to be missing his son and companion which makes me a bit sad, especially as I got the two new ducks to keep him company. I’ve been having a turn out as my son has moved back here from Uni, and an old mirror that was surplus to requirements ended up being dumped outside the back door en route to the pile in the carport for the tip. I noticed John sitting in front of it and wondered if he thought it was Fudge? He spends a lot of time with his reflection now, and I can’t work out if that’s really cute or really poignant…he is gradually spending a bit more time with Splish and Splosh so I really hope he bonds with them at some point. He is moulting so looking and feeling a bit subdued, and he is twelve this year so doing pretty well!

Having all drakes is ok really – it would be a big problem if I just had one duck and two drakes but although I won’t get any eggs, they will hang out in a bachelor group and keep the slugs and grass down. And they will be very handsome! They are still quite scared of me but I will need to catch them up soon to clip their wings.

Ducks are so different to chickens, and it’s great to have members of the poultry family that just love the rain. I now need some geese to keep the grass down…